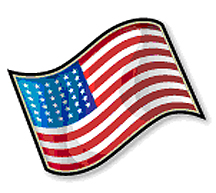 Have you ever noticed when someone does not agree with your point of view, or they have trouble discussing and issue to try and win you over and can’t, you are automatically “branded” with some sort of name to diminish your point of view or minimize your argument; after all you are a “fanatic”. The “drive by media” (as defined by Rush Limbaugh) does this all the time to in an attempt to categorize/minimize individuals and/or organizations with who they are in conflict it does not matter as to the facts. If you disagree with the “media”, “political and social leaders” they will immediately “brand” you…

Most recently we have seen the popularity of the “tea party” defined as a bunch of “bigots” …  Those who are against the gays coming out of the closet are considered “homophobic”… Disagree with our President, Jesse Jackson, Al Sharpton, Louis Faracon or keeping our borders secure and safe from illegal aliens coming over and you are a “racist”…Try speaking out against the Islamic terrorists… It won’t take long for you to be branded as a “right wing fanatic”… Speak out against a minority organization and you are a “clan member”… Support keeping prayer in school, in God we trust on our money, saying Merry Christmas in public get-to-gathers and you are a “religious fanatic”…  Support our troops and you are a “war monger” and support killing innocent children… The latest fad now is any time the left gets upset with any conservative talk show hosts they label them “Nazi’s” …

Under the Obama regime, and if they can take control of the Supreme Court, the day will come when “brands” like being “Patriotic” or being a “Patriot”, “Christian” or being “Conservative”, being able to say the word “God” in public or the “Pledge of Allegiance” will all be ruled unconstitutional… The A.C.L.U. is just waiting in the wings to make these things happen… Once this is accomplished the 1st and 2nd Amendment will then be under full attack by the left wing, Marxists and those who want our country to become a socialistic nation…

We have organizations called the N.A.A.C.P. (National Association for the Advancement of Colored people). In Congress and most State legislations we have black and Hispanic caucuses. We have M.A.P.A. (Mexican American Political Association)… Why can’t we have White Power and have an organization called the N.A.A.W.P. (National Association for the Advancement of White People? We could also have the white caucuses too! But all in all, I believe that a motto on one of my daughter’s sweat shirts says in all “There is only one race the human race”. We should put prejudices aside and remember that our great nation is under attack and not only from the outside but from the inside, led by people like George Soros whose addenda is to socialize our government and undermine out economy. There will be more on Mr. Soros at a latter time.

This last election gave a glimmer of hope to this Republic we live in… Be you a Republican or Democrat, liberal or conservative, a liberation or green peace or tea party member we are all still Americans governed by a Constitution… We must remember what a great country’s motto is “never again”… The United States of America needs to adopt this slogan… Never again can we loose control of our government. Those we elect must support and defend our Constitution and the American way of life… I am proud to be an American, Christian, Conservative and I am proud of my race and heritage… I believe in our flag and God and am not afraid to tell anyone who corners me…

Remember, “your rights begin and end at my nose and toes”… “Don’t Tread on Me” or my “God given rights” to live as a “free man” in a “free society” under the rule of law…

I thought this story, written by Chuck Yeager MajGen. [ret.], was important enough to send out on my blog… At the end of the story is a response from my cousin Lydia Garcia that I hope you will all take a minute to read… Bigreb… We ‘re hearing a lot today about big splashy memorial services.

I want a nationwide memorial service for Darrell “Shifty” Powers.

Shifty volunteered for the airborne in WWII and served with Easy Company of the 506th Parachute Infantry Regiment, part of the 101st Airborne Infantry.

If you’ve seen Band of Brothers on HBO or the History Channel, you know Shifty. His character appears in all 10 episodes, and Shifty himself is interviewed in several of them.

I met Shifty in the Philadelphia airport several years ago. I didn’t know who he was at the time. I just saw an elderly gentleman having trouble reading his ticket. I offered to help, assured him that he was at the right gate, and noticed the “Screaming Eagle,” the symbol of the 101st Airborne, on his hat.

Making conversation, I asked him if he d been in the 101st Airborne or if his son was serving. He said quietly that he had been in the 101st. I thanked him for his service, then asked him when he served, and how many jumps he made. Quietly and humbly, he said “Well, I guess I signed up in 1941 or so, and was in until sometime in 1945 … ” at which point my heart skipped. At that point, again, very humbly, he said “I made the 5 training jumps at Toccoa, and then jumped into Normandy . . . do you know where Normandy is?” At this point my heart stopped. I told him “yes, I know exactly where Normandy is, and I know what D-Day was.” At that point he said “I also made a second jump into Holland , into Arnhem .” I was standing with a genuine war hero … and then I realized that it was June, just after the anniversary of D-Day. I asked Shifty if he was on his way back from France , and he said “Yes. And it ‘ s real sad because, these days, so few of the guys are left, and those that are, lots of them can’t make the trip.” My heart was in my throat and I didn’t know what to say.

I helped Shifty get onto the plane and then realized he was back in Coach while I was in First Class. I sent the flight attendant back to get him and said that I wanted to switch seats. When Shifty came forward, I got up out of the seat and told him I wanted him to have it, that I’d take his in coach. He said “No, son, you enjoy that seat. Just knowing that there are still some who remember what we did and who still care is enough to make an old man very happy.” His eyes were filling up as he said it.

And mine are brimming up now as I write this. Shifty died on June 17, 2009 after fighting cancer.

There was no parade. No big event in Staples Center . No wall to wall back to back 24×7 news coverage. No weeping fans on television. And that’s not right.

Let’s give Shifty his own Memorial Service, online, in our own quiet way. Please forward this email to everyone you know. Especially to the veterans. Rest in peace, Shifty.

P.S. I think that it is amazing how the “media” chooses our “heros” these days…

Wow!!!  What a story huh? These days it’s bad behavior, addictions and immorality that puts one in the spotlight. How terribly sad ,that the “masses” accept this as ok and continue to revere those as “heros” cause they don a professional sports uniform. Really? Is that really more significant, more to be proud of than a military uniform?  Even the lowliest of soldiers is more of a hero….they are willing to put their “ass on the line” for you, for me….for “us” and not earning millions of dollars to do it. Those whom. curse “you” as they sing Hellish lyrics that encourage ugliness, hate, drugs,destruction……even murder and suicide, are more recognized than one whom served  (s) their country with Honor.  It is hightime, we insist that the “true heroes” of this country be properly thanked and revered for their courage,heroism and sacrifices. Let them be.remembered for serving their/our country, respected for the tears they shed in losing their buddy’s and fellow comrads so that we might live in freedom. Thank God for our TRUE “heros”, our soldiers of today and yesterday.  God bless them and their families. Remember our Vets, this Veteran’s Day, it is a holiday that should mean more to us than…..a day off work with pay.
comments: 0 »

A Salute to our Veterans

What a better way to kick off my new blog than to give a BIG shout out to all the veterans and those serving in our armed forces today… Without their sacrifices we would not be enjoying the Constitutional Republic we have today… “a government of the people, by the people, and for the people” words today that our elected officials should keep in mind… I am proud to be an American and look with pride at the members of my family who have served and, yes died, protecting the rights guaranteed to us by our Constitution… Benjamin Franklin, in the Federalist Papers, pointed out that we are a Republic, not a Democracy. The majority, under our form of government, does not rule… Laws cannot be passed that jeopardize the Constitutional rights of others. We are a rule of law, based on the Constitution, not a rule of the masses… Our current President should read the Constitution, as should his cabinet members and members of congress, and hopefully they will see how far away from it they have drifted in the direction they are attempting to take our Country… We are firm supporters of the Constitution and Bill of Rights… Rights we all share equally as citizens and legal residents, of this great country… We are firm supporters of the 1st and 2nd amendment as is demonstrated on my site http://www.bigreb.com and in this blog…
Your opinions, agreements and disagreements are welcomed and respected… Write back… 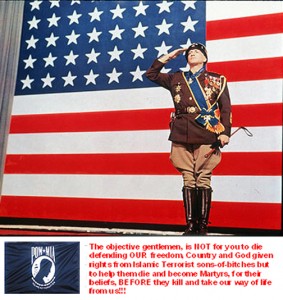