Islam… a Religion of Peace & Love or Murder & Terrorism? You decide!

First let me say that I was warned about writing this. I am a “non-believer” or according to Muslim Islamic terrorists “an infidel”. I don’t buy into any of the BS we are having crammed down our throats, by the drive by media and politically correct dumb ass politicians, that Islam is a religion of “peace and love”. Islamic terrorists kill and murder, in the name of Allah, Islam and “their” prophet Muhammad, on a daily basis. These people have no respect for anyone or anything. They are driven to kill by their desires to become martyrs!

If you are one of those who believe the United States of America is not under a full scaled attack from Islamic Terrorists, think again. 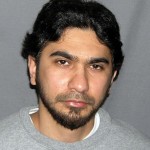 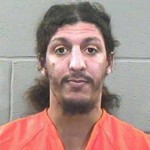 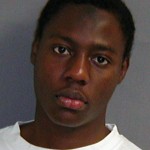 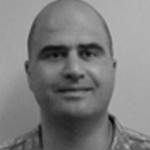 Three foiled plots by the underwear bomber, Umar Farooouk Abdul Mutallab; the shoe bomber, Richard Reid and the Times Square bomber, Faisal Shahzad would have killed hundreds if not thousands of innocents. Let’s not forget Army Major Nidal Malik Hasan, who killed 12 and wounded 30 at Fort Hood. What did these 4 Islamic terrorists have in common. They were all connected directly to Al-Qaeda. In fact two of the cowards, Umar Farouk Abdulmutallab and Nidal Malik Hasan were recuited and counseled by an Al-Qaeda  terrorists and Muslim Iman named Anwar al-Awlaki.

If you think for a minute Islam is the “religion of peace and love” take a look at some examples of recent acts carried out, in the in the Middle East, in the name of “Islam”!

What religion condones the stoning and hanging of women? Islam 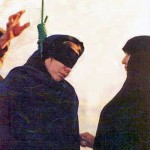 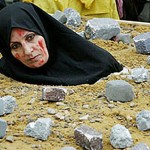 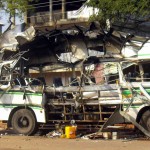 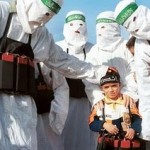 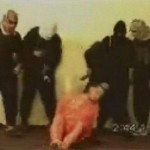 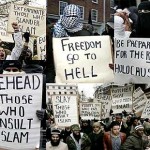 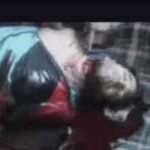 You have to understand. Muslims, and those who practice the Islamic religion, do not believe in our Country, Constitution or our 1st amendment rights. Their Clerics, Imam’s and Mufti’s preach “Islamic law” which demands the destruction of our constitutional government and us practicing our personal faith in favor of the complete takeover of the United States and the enforcement of “Shariah law”.

Last week the leader of the Nation of Islam, Louis Farrakhan, called for the 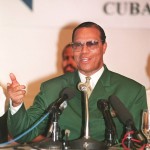 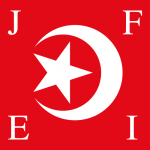 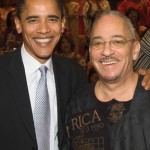 enforcement of Sharia law here in the United States. (It is interesting that Farrakhan, the Reverend Jeremiah Wright and our own President Obama are close friends. (Makes one wonder). It was recently reported on Fox News that one of the largest recruiting grounds for The Nation of Islam and Al-Qaida is right here in the good old USA, our prisons. With predominantly black populations they are a breading ground for home grown terrorists, like the New Black Panther Party and others and Farrakhan is taking full advantage of a never ending source of available talent. Click HERE to learn more about the “Nation of Islam”. 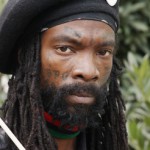 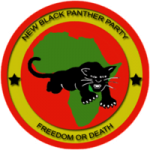 The New Black Panther Party  under the leadership of Minister King Samir Shabazz, a self proclaimed “Jew and Cracker hater” has a history all of its own. Involved in voting intimidation, all charges were dropped by the United States Attorney General Erik Holder stating he found it hard to prosecute “my people“. The Obama administration fully supported Holder’s decision to drop the charges and supports the New Black Panther party. 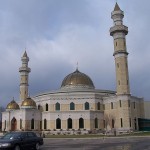 It is estimated there are approximately 6.5 Muslins currently in the United States and over 2000 mosques. The largest population is in California followed by New York and then Chicago.  The Islamic faith is growing at a faster rate than any other religion with over 23% converts. Under normal circumstances this should not be alarming but according to many the converts are radical in  their point of view and breading grounds for “home grown terrorists”.

Why do we not hear more about this from the managed media? Speak out publically, or show any disrespect towards Islam, Mohammad or the Qur-an and you may find yourself on the bad end of a “fatwa” and there is a good chance there will be an order put out by a cleric or Imam to kill you and your family as a way of putting fear into the hearts of anyone else who would dare to challenge those hallowed names.

So is Islam is the religion we, as Americans, is being told preaches love, understanding and tolerance. Our intelligence agencies have known long before 911 that mosques, both here in the United States and abroad, have long been breading and recuiting  grounds for Islamic terrorists. These places of “worship” teach there is only one country and that is Mecca and only one religion “Islam”.

Lest we forget when 4 airplanes filled with men, women and children slammed into the World Trade Center, the Pentagon and a field in Pennsylvania with the cry from the peace loving Islamic terrorists of “All?hu Akbar” – “God is great” 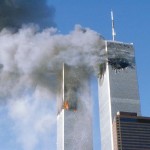 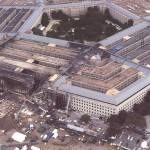 Know them for what they are, a bunch of barbaric cowards hiding behind masks, in women’s clothing and behind children. These are not heroes or martyrs. They are the lowest of the low. They are using their religion to carry out murderous acts against defenseless innocent men, women and children. They have no honor. They hide in the shadows like scared children praying on the helpless and defenseless. I pray their souls will rot in hell !

We, as citizens, must stand up for our Country and our way of life before it is too late. Our president, elected officials, homeland security, FBI and other government organizations, as well as our printed and electronic medias must go after these hate preaching Islamic clerics and Imams and not let them hide behind freedom of religion when the religion “Islam” they are hiding behind is preaching anti-American sentiment and terror! You can’t yell “fire” in a crowded theater and these Islamic terrorists should not be allowed to use our 1st amendment to destroy our country and way of life.

The time has come for the Islamic leaders in this country to stand up and be counted. Denounce Islamic terrorism in all forms and ways, both here and abroad, in Arabic as well as English. Make appearences on national TV, radio shows and write editorials to your local newspapers,  stating you are againist any form of Islamic terrorism. Make it a part of your prayer services. Maybe then I will begin to believe that your religion respects life and other peoples right to worship as they please and live without religious persecution. 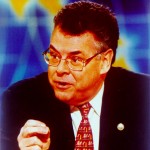 Within the next few New York Congressman Peter King (R) will begin hearings on “Radical Islam”… King has already received threats and protest from the Council on Islamic Relations (CAIR)… King was interviewed on Fox news and discussed the upcoming hearings and the extreem threat Islamic terrorism poses to this country. Homeland Security head Janet Napolitano stated “the threat to our country is higher now since 911. Many goverment officals have made the same “off camera” statements.

If the government can’t protect us from the home grown terrorists, and illegal’s coming across the borders, then it may be time we will have think about protecting ourselves while we still have our 2nd amendment rights!

Your comments are always welcome… Reply to bigreb@bigreb.com

Remember, “your rights begin and end at my nose and toes”… “Don’t Tread on Me” or my “God given rights” to live as a “free man” in a “free society” under the rule of law