A Tragedy in Tucson – Could it have been prevented?

What happened in Tucson is a tragedy in itself… The aftermath is equally a tragedy.

On Saturday, Jnuary 8, 2011 a conservative Chief U.S. District Judge named John Roll was gunned down and assassinated along with 5 others including a 9 year old girl. U.S. Representative Gabrielle Giffords was shot in the head and is barley hanging on and a score of other were injured. We all saw who pulled the trigger and changed so many lives but the very managed drive by media, and their operatives within the democratic party, saw this as an opportunity not to be missed to “blame the right” for the entire incident. 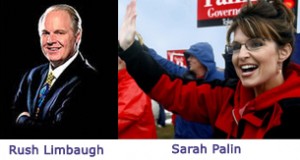 They blamed Sara Palin, Rush Limbaugh and Fox News. They claimed a very deranged shooter by the name of Jared Lee Loughner got all of his inspiration from listening to talk radio and Fox. The liberal democratic Sheriff of Pima County, AZ, Clarence Dupnik, (well known for being very pro Obama and having a anti republican/Palin political agenda) also used the opportunity to blame Limbaugh saying, “Limbaugh attacks people, angers them against government, angers them against elected officials and that kind of behavior, in my opinion, is not without consequences”.

Sarah Palin was attacked for using “targets” on a strategy map during the recent election. The left controlled media forgot to mention this tactic was used by a large number of democratic strategists also. The tactic of using “crosshairs” is the same as “pointing” and has been used for years. Palin defends herself and lashes out.

The attacks, focused on the right, tea party, Sarah Palin and Rush Limbaugh, were intensified when a number of arm chair news readers from NBC and MSNBC continued blaming the right and others nonstop following the shooting. This ongoing attack from NBC and its affiliates in itself opens an interesting can of worms. Obama gave GE $16 billion in bailout funds to help bail out their GE’s failing NBC and MSNBC News… That money allows Obama to pretty much control what is reported on NBC and MSNBC.

This morning on ABC’s Good Morning America, much of what the media used to justify their ongoing attacks on Palin, Limbaugh and Fox News was debunked in one statement by a friend of Loughner’s named Zachary Osler. According to Osler he (Loughner) was a very heavy drug user who NEVER listened to talk radio or watched TV. One thing is for sure, the news media and sheriff of Pima County will not let the facts stand in the way of their own agenda.

It has been reported that hours before the shooting Loughner was stopped for running a red light. He was turned loose with a warning… For years Loughner has had brushes with the law but none serious enough to earn him a record that would have prevented him from purchasing a handgun. Reportedly sheriff Dupnik and others were aware of Loughner’s mental condition but did nothing to bring it to light or get him help. A representative from Sportsman’s Warehouse in Tucson stated that when Loughner came in to purchase the hand gun he acted strange. When they (the gun shop) ran his background it came up clean and they had no choice but to sell and release the hand gun to him.

The gun control advocates will now all be crawling out from underneath the rocks they hide under to demand gun control. If the Sheriff had done his job in the first place, knowing the mental condition this man was in, if someone had taken the time to see the signs of a lunatic and reported him the proper authorities, this tragedy in Tucson may not have happened. All of the gun control in the world was NOT going to stop what happened. Again, the liberal elements in this country just cannot pass up a tragedy to further their agenda.

According to many of Loughner’s friends he was a dangerous person. He read the Communist Manifesto and Hitler’s Mein Kampf. He preached hatred, made anti Semitic and anti government remarks and had a history of stalking Congresswoman Giffords.

The left wing media has only one agenda and that is to bring down this country and turn it into a socialist regime. We are under attack folks. Make no mistake about it. If the events of the past few day does not prove it to you then nothing will. Remember it was said that Obama needed a major catastrophe to get his ratings up and he is going to take full advantage of this one.

Remember, “your rights begin and end at my nose and toes”… “Don’t Tread on Me” or my “God given rights” to live as a “free man” in a “free society” under the rule of law…